Do Make Say Think fashioned a fourth full-length album of tremendous beauty and depth, more loosely woven than previous records and played with a dark, wistful restraint throughout. These songs are eerie and iridescent, composed and captured with mesmerising attention to detail, guided by the band’s most intricate and intimate guitar passages to date, full of delicate transitions and soulful punctuations. Many of the songs feature a newfound non-linearity in compositional structure that once again raised the DMST bar, imbuing instrumental rock with heartrending — yes, even hymnal — narrative ideas.

More than any previous effort by the band, this is an album that demands to be listened to as a whole, or at least in the triptychs defined by the three-sided vinyl edition. Recorded in three sessions over the winter and spring of 2003, most of the tracks went to tape at two rural locations. The resulting campfire vibe on much of this material is reminiscent of the band’s second record, Goodbye Enemy Airship…, but with more density and complexity throughout. Mixed by the group at th’Schvitz, their Toronto home studio, the album highlights DMST’s inventive production touches, always at the service of the musical ideas. 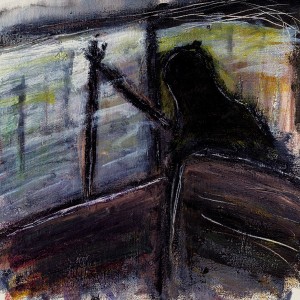